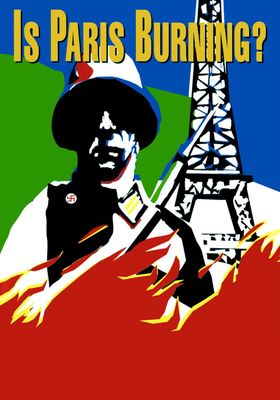 1966 ・ War/Drama ・ France/USA
Rate
Paris brule-t-il?
1966 · France · War
2h 55m
The title is Adolf Hitler's question to his chief of staff Alfred Jodl on the eve of the liberation of Paris (August 25): the military governor of Paris, General Dietrich von Choltitz, had been ordered to destroy Paris rather than let it fall undamaged into the hands of the Allies, but von Choltitz disobeyed.The film follows historical events as U.S. General Dwight D. Eisenhower, head of the Allied invasion, refuses to divert troops to liberate Paris. His hand is forced by the French military leader, Philippe Leclerc, and by a Resistance uprising in the city. Von Choltitz keeps details of the uprising from the German high command in an effort to save the city being destroyed in retaliation. The film follows his turmoil as a soldier and as the man who doesn't wish to be seen by history as the cause of a beautiful city's destruction.