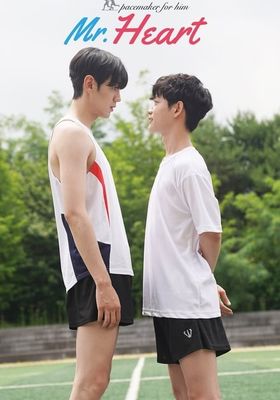 2020 ・ Romance/Drama ・ Korea
Rate
미스터 하트
2020 · Korea · Romance
1h 27m
Despite the fact that things just never seem to go his way, Sang Ha (Lee Se Jin) always manages to find a reason to smile. A member of the school track team, Sang Ha loves to run, but distance has never really been his thing. For Sang Ha, sprinting is what brings him the most joy. Jin Won (Cheon Seung Ho), on the other hand, is exactly the opposite. A record breaking marathon runner in high school, Jin Won is well on his way to becoming a marathon superstar. Determined to live up to the expectations of his coaches and colleagues, Jin Won cares about one thing and one thing only: running his next race.