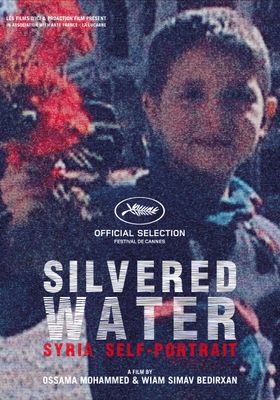 2014 ・ Documentary ・ Syria
Rate
EAU ARGENTÉE, SYRIE AUTOPORTRAIT
2014 · Syria · Documentary
1h 32m
Shot by a reported “1,001 Syrians” according to the filmmakers, SILVERED WATER, SYRIA SELF-PORTRAIT impressionistically documents the destruction and atrocities of the civil war through a combination of eye-witness accounts shot on mobile phones and posted to the internet, and footage shot by Bedirxan during the siege of Homs. Bedirxan, an elementary school teacher in Homs, had contacted Mohammed online to ask him what he would film, if he was there. Mohammed, working in forced exile in Paris, is tormented by feelings of cowardice as he witnesses the horrors from afar, and the self-reflexive film also chronicles how he is haunted in his dreams by a Syrian boy once shot to death for snatching his camera on the street.