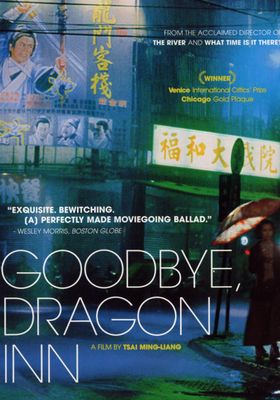 2003 ・ Drama/Comedy ・ Taiwan
Rate
不散
2003 · Taiwan · Drama
1h 22m
In Taipei, a movie theater is closing, but not before one final film is shown -- "Dragon Inn," a 1967 actioner and the source of nostalgia for the moviegoers and employees in the old, decrepit and possibly haunted building. The workers include eccentric projectionist Hsiao-Kang and a crippled cashier. The patrons include a Japanese tourist and two ghostly actors from the original film who have come to mourn the passing of an era.