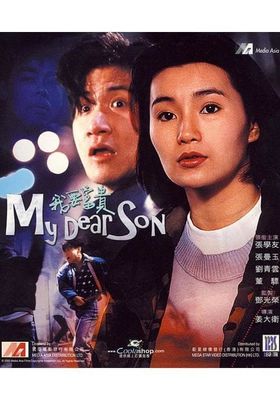 1989 ・ Drama ・ Hong Kong
Rate
我要富貴
1989 · Hong Kong · Drama
1h 35m
Peter Ho (Jacky Cheung) is a low-level employee at a prestigious firm in Central, but he hides a secret from his stodgy bosses. Peter's family is exceptionally poor, and his father (Bill Tung Piu) is actually an infamous street performer who sings off-color songs for donations on the street. Peter manages to progress in his job, and even begins to date his boss' daughter. But when the truth of his background is discovered, Peter is summarily fired. Bitter and angry, Peter joins the triads along with his pal (Sean Lau Ching Wan), and finds new romance with the luminous Maggie Cheung. When given the chance, Peter even uses his new underworld position to threaten his previous boss! But Peter sinks too far into the triad underworld, and soon not even his family can be spared from violence. A harrowing drama that progresses from social critique to triad indictment, My Dear Son runs the full gamut of emotions to deliver a tough and truthful message about the choices we make in life.