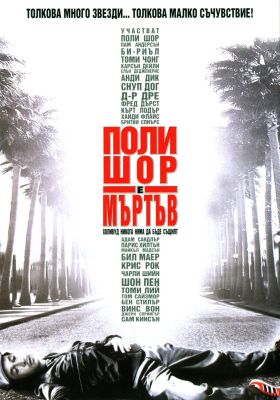 2003 ・ United States
Rate
Pauly Shore Is Dead
2003 · United States
1h 39m
Hollywood comedian/actor Pauly Shore loses everything: his house, nobody in Hollywood wants to represent him, he moves back home with his mom and is now parking cars at the Comedy Store. Then one night when he's up in his mom's loft, a dead famous comedian appears who tells Pauly to kill himself cause he'll go down as a comedic genius who died before his time. Pauly then fakes his own death, and the media goes crazy. Celebrities are talking about him on MTV and girls are fighting over him on Jerry Springer. It's everything that he wanted...his plan worked. A week or so later the LAPD is tipped off about his whereabouts and they break down the door of the seedy motel room that he's hiding out in and throw him in LA County's celebrity wing.