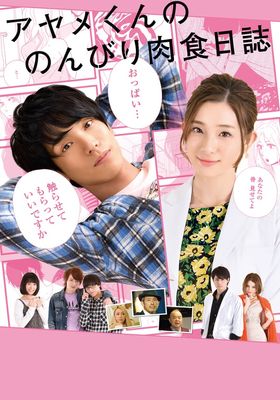 The Diary About Ayame's Easygoing and Aggressive Days

The Diary About Ayame's Easygoing and Aggressive Days

2017 ・ Comedy ・ Japan
Rate
アヤメくんののんびり肉食日誌
2017 · Japan · Comedy
1h 39m
The story centers on Ayame and Tsubaki, who are researchers at a lab in the biology department of T University. Ayame is a “returnee,” someone who lived abroad for a while and then returned to Japan. He does things at his own pace and is a “dinosaur otaku,” and Tsubaki is his older colleague who is an enthusiast of studying the skeletons of birds and dinosaurs. The story follows their slightly strange romantic relationship. Based on the comic by Mai Machi