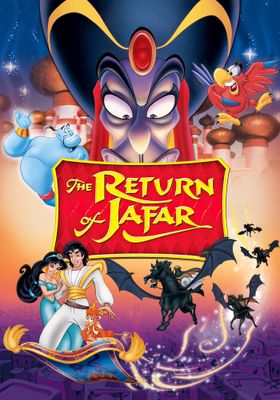 The Return of Jafar

1994 ・ Fantasy/Animation/Family ・ USA
Rate
The Return of Jafar
1994 · USA · Fantasy
1h 6m
The evil Jafar escapes from the magic lamp as an all-powerful genie, ready to plot his revenge against Aladdin. From battling elusive villains atop winged horses, to dodging flames inside an exploding lava pit, it's up to Aladdin - with Princess Jasmine and the outrageously funny Genie by his side - to save the kingdom once and for all.