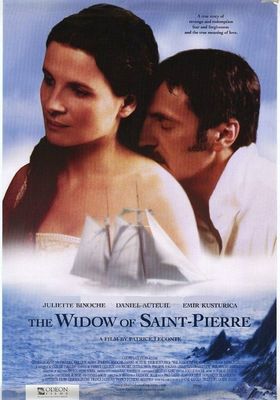 The Widow of Saint-Pierre

2000 ・ Periodic Drama/Drama ・ France/Canada
Rate
La Veuve de Saint-Pierre
2000 · France · Periodic Drama
1h 50m
In 1850, on the isolated French island of Saint-Pierre, a murder shocks the natives. Two fishermen are arrested. One of them, Louis Ollivier, dies in custody. The other, Neel Auguste, is sentenced to death by the guillotine. The island is so small that it has neither a guillotine nor an executioner. While those are sent for Auguste is placed under the supervision of army Captain.