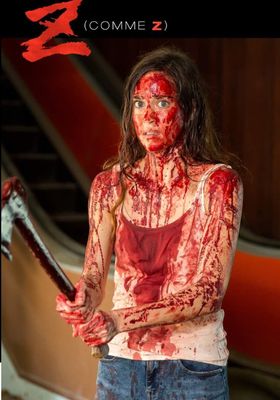 2022 ・ Comedy ・ France
Average ★4.5 (3)
Rate
Coupez !
2022 · France · Comedy
1h 51m
In an abandoned building, a low-budget zombie horror film is falling apart on set. The abusive director (Romain Duris) is already pushing the cast and crew to the brink with his obnoxious behavior when he reveals his plan to inject energy and excitement into the project: unlocking a real-life ancient zombie curse. In a frenetic one-shot where body parts and fluids are flying, the actors fight the undead and their director for their lives before the film comes to a shocking conclusion and the credits roll... but is that the whole story?