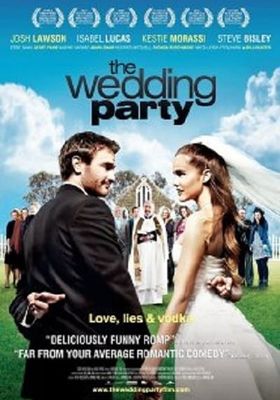 2010 ・ Drama/Comedy ・ Australia
Rate
The Wedding Party
2010 · Australia · Drama
1h 50m
Steve Thompson, a lovable anti-hero, is the youngest son in the gloriously flawed Thompson family. In a bid to save himself from financial ruin, Steve does the unthinkable and agrees to marry Ana, a Russian woman seeking residency in exchange for a huge sum of cash. Behind closed doors the deal is done, a secret wedding is arranged &amp; in no time life will be back to normal, or so Steve thinks... Until a nosy family friend gets wind of the wedding plans and before sundown the whole Thompson family is gripped by wedding fever. Although Steve's family could use some constructive therapy for their own relationships, they rally together to support Steve in preparation for the world's most farcical wedding. What was once a private registry affair is now a fully-fledged spectacle as Steve's lie takes on a life of it's own, and he is more and more consumed by the fear that he has ruined his chance to be with his true love, Jacqui, forever.