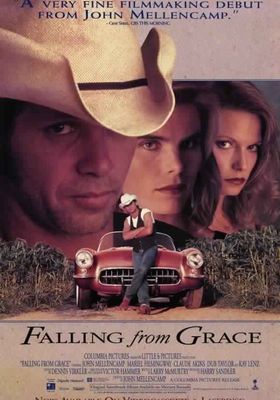 1992 ・ Drama ・ USA
Rate
Falling From Grace
1992 · USA · Drama
1h 40m
Rock singer John Mellencamp makes his screen and directorial debut in this story by "Lonesome Dove" author, Larry McMurtry. The story, not too separated from Mellencamp's real life, finds him as a country music star whose meanderings and philandering has thrown his life into turmoil. Returning to his native Indiana to try to reestablish a normal life. Instead he takes up with an old lover (Lenz), ignoring his loving wife (Hemingway), and duplicating the lifestyle of his womanizing father (Akins).