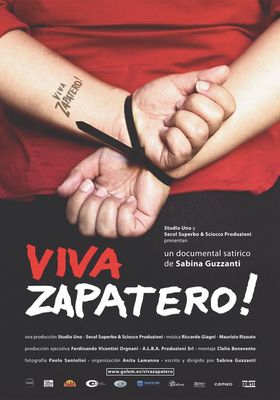 2005 ・ Documentary ・ Italy
Rate
Viva Zapatero!
2005 · Italy · Documentary
1h 20m
Viva Zapatero! is a 2005 documentary by Sabina Guzzanti telling her side of the story regarding the conflict with Silvio Berlusconi over a late-night TV political satire show broadcast on RAI-3. The show, RAIot (a play on the name of the Italian state public TV: RAI, and the English word riot), lampooned prime minister Berlusconi. Since it wasn't considered a satirical show, but a political one, it was cancelled after the first episode.