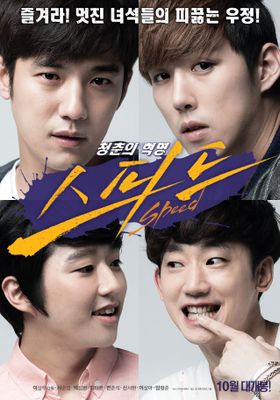 2014 ・ Drama ・ Korea
Rate
스피드
2014 · Korea · Drama
1h 48m
Four high school friends maintain their ties but finds themselves in very different situations when they reach 21. Chu-won was a promising athlete but, drinking heavily and unable to get past an old flame, he ruins his prospects. Goo-rim became on idol singer, but a drug scandal has seen him fall on hard times. Seo-won, as a medical student at a top university, was faring best among them, until he is diagnosed with leukemia and falls for a teenage escort from their old high school. Meanwhile, Dae-sung is a sex addict with a penchant for mature women who dreams of making his own film.