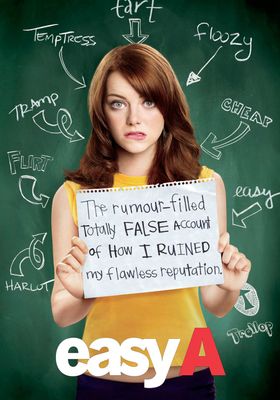 2010 ・ Teen Movie/Comedy/Romantic comedy ・ USA
Rate
Easy A
2010 · USA · Teen Movie
1h 32m
After a little white lie about losing her virginity gets out, a clean cut high school girl sees her life paralleling Hester Prynne's in "The Scarlet Letter," which she is currently studying in school - until she decides to use the rumor mill to advance her social and financial standing.