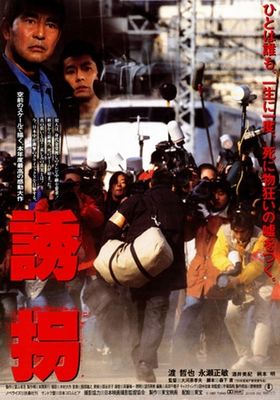 1997 ・ Thriller/Mystery ・ Japan
Rate
誘拐
1997 · Japan · Thriller
1h 49m
The film opens with kidnappers of a corporate executive making an unusual ransom demand: that a wizened executive from another company haul large bags of money through downtown Tokyo as the media documents his every move. When the first old man almost dies from exhaustion, a second, and eventually a third elderly corporate fat cat is ordered to do the same. The police detective assigned to the case (Tetsuya Watari) and his younger partner (Masatoshi Nagase) are livid with indignation at this sorry spectacle. They learn that these four men were involved in a massive industrial spill that poisoned an entire rural hamlet 20 years previous. Suddenly, the detective -- who studied in the States and apparently absorbed some John Wayne-like mannerisms in the process -- isn't sure who are the victims and who are the villains.