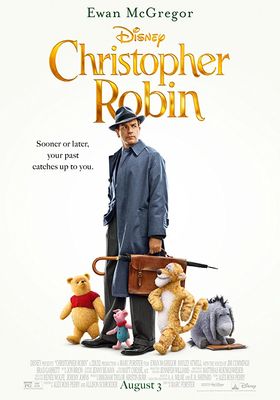 2018 ・ Animation/Adventure/Comedy ・ USA
Rate
Christopher Robin
2018 · USA · Animation
1h 44m
In the heartwarming live action adventure Disney’s “Christopher Robin,” the young boy who shared countless adventures with his band of lovable stuffed animals in the Hundred Acre Wood is now grown up and living in London but he has lost his way. Now it is up to his childhood friends to venture into our world and help Christopher Robin rediscover the joys of family life, the value of friendship and to appreciate the simple pleasures in life once again.