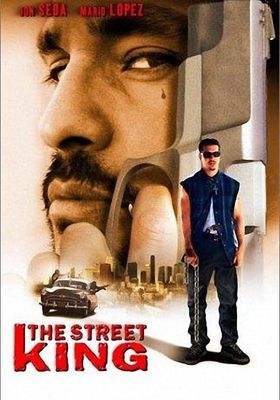 2002 ・ Drama ・ USA
Rate
The Street King
2002 · USA · Drama
1h 31m
In life, there's silver, and there's lead, says Rikki Ortega, as he moves to be king of the street in "Ánglio," L.A.'s east side. Older brothers and a brother-in-law are in his way. While they think they are driving out the Rojas, a local gang that runs the meth trade for bosses in Cabo San Lucas, Rikki is running an elaborate double-cross on his own family. He's not happy just to run this fratricidal con, he also wants to cash in as much as he can of one hundred kilos of crystal meth that he stole from the Rojas (and the Mexicans), seduce the girlfriend of one of his victims, and stay ahead of a cop who was a childhood friend. Will he end up with the silver?