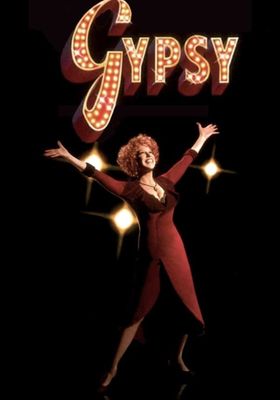 1993 ・ Music/Comedy/Drama ・ USA
Rate
Gypsy
1993 · USA · Music
2h 22m · G
Gypsy is a 1993 American made-for-television adaptation of the classic Broadway musical. The teleplay by Arthur Laurents is an adaptation of his book of the 1959 stage musical Gypsy, which was based on Gypsy: A Memoir by Gypsy Rose Lee. Gypsy Rose Lee's son, Erik Lee Preminger, was instrumental in getting the film in production and was the main source for research. He had tried to get the musical filmed 10 years earlier with Bette Midler the principal role, but it required the approval of five entities to obtain the rights. One of the obstacles had been Arthur Laurents himself, who wrote the book for the musical based on Lee's memoirs. He had hated the 1962 film version and was initially opposed to a remake. "Not for all the money in the world will we let them make another film version of Gypsy," he had said.