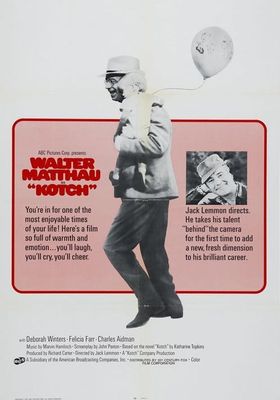 1971 ・ USA
Rate
Kotch
1971 · USA
1h 53m
Joseph Kotcher, retired salesman, walks out on his son and daughter-in-law after their attempts to put him in a retirement home. He tracks down their babysitter, sacked because she is pregnant, and rents a small house nearby. He finds a new purpose in life. Jack Lemmon's first film as director stars his old friend Walter Matthau.