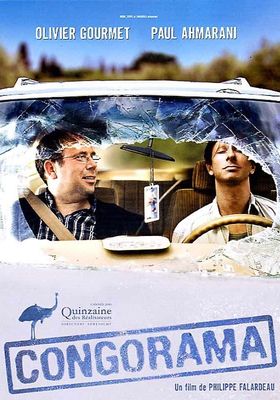 2006 ・ Drama/Comedy ・ Belgium/Canada/France
Rate
Congorama
2006 · Belgium · Drama
1h 45m
Michel is a Belgian inventor. He cares for his father, a paralysed writer, is married to a Congolese woman and is the father of an interracial child whom he reassures as to his parentage. He discovers at the age of 41 that he was adopted, actually having been born in Sainte-Cécile, Quebec. In the summer of 2000, he travels to Quebec, supposedly to sell some of his inventions. While on a near-impossible quest to find his birth family in the town where he was born, he crosses paths with Louis Legros, son of another inventor, in a meeting which will change their lives.