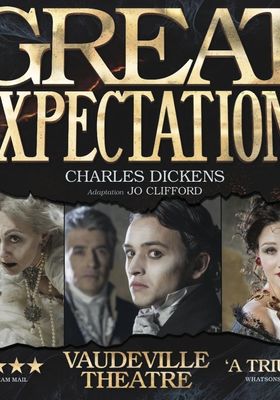 2013 ・ Drama ・ UK
Rate
Great Expectations
2013 · UK · Drama
1h 54m
This stunning adaptation of Dickens' classic tale was captured live from the Vaudeville Theatre in the West End. Although Great Expectations has been adapted for film on two separate occasions, once by David Lean in 1946 and most recently by Mike Newell, it has never been produced for The West End or Broadway, widely believed to be too difficult to translate to stage. However, this Jo Clifford adaptation has been universally acclaimed as a triumph on its sellout tour of the UK head of its West End debut. In addition to the production, this version include red carpet arrivals from the February 7 premiere and behind the scenes footage exclusively for cinema audiences.