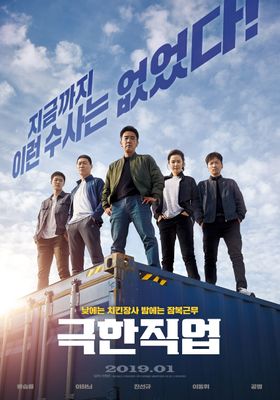 2018 ・ Comedy ・ Korea
Rate
극한직업
2018 · Korea · Comedy
1h 51m
A drug squad attempts to take down a criminal organization and they must go undercover to do so, so they begin working at a chicken restaurant, that becomes famous for its delicious chicken. Due to the unexpected popularity, the detectives find themselves in a situation they never expected.