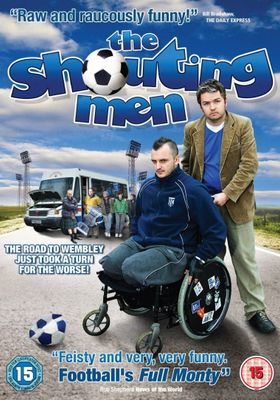 2009 ・ Drama/Comedy ・ UK
Rate
The Shouting Men
2009 · UK · Drama
Lowly Gillingham Football Club are drawn against Premiership giants Newcastle United in the quarter finals of the FA Cup. A small group of 'Gills' fans decide to make the most of their 'game of a lifetime' by turning the journey north into a weekend away. On the eve of departure one of the group receives a visit from Terry, a man with no legs in a wheelchair, claiming he can get them a free minibus and free diesel. In return, all they have to do is take him with them!