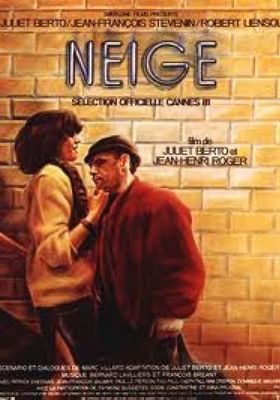 1981 ・ Drama ・ Belgium/France
Rate
Neige
1981 · Belgium · Drama
1h 30m
This drama about a barmaid caught up in events beyond her control is the first film directed by Juliet Berto, and was also based on her own concept for the story. The barmaid, played by Berto, has been trying to take care of Bobby, a teenage drug pusher who is in over his head. Before she can put him back on track and get him out of the drug underworld, the young man is killed while being chased by a narcotics agent. Depressed by his death but not derailed, she finds herself trying to help out a gay user who depended on Bobby for his supply of drugs. She decides to procure some drugs for the desperate addict, and is trapped in the bathroom of a bar - with the drugs - when narcotics agents burst upon the scene. Her boyfriend rushes to help her but is killed by an agent who shoots first and thinks later. The barmaid does not face a very optimistic future as the narc arrests her - but releases a parish minister who had been helping her find a source for the drugs.