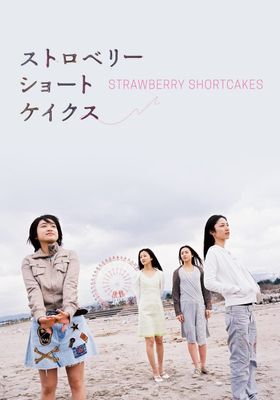 2006 ・ Drama/Romance ・ Japan
Rate
strawberry shortcakes
2006 · Japan · Drama
2h 5m
Based on the eponymous josei manga by cartoonist Kiriko Nananan, the pic follows the ups and downs of four female friends in Tokyo looking for love and trying to cope with the responsibilities in their lives. The main characters, impeccably played by four powerful actresses, are modern, self-sufficient women and their stories are told with mild irony and a dash of melancholy. The result is a movie that is lighthearted at times, a little sad at others, crazy and sometimes serious, but always special, that investigates the psychology of its characters and offers an accurate depiction of urban Japan, thanks to its director’s know-how. While many overly ambitious directors struggle to tell even one fairly comprehensible story, Yazaki skillfully weaves a powerful depiction of not one, but four women, creating an indissoluble and moving whole that doesn’t succumb to sentimentalism.