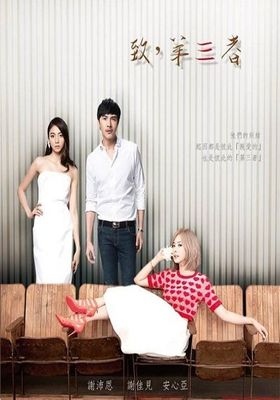 To the Dearest Intruder

To the Dearest Intruder

2015 ・ Drama/TV Drama
Average ★4.6 (6)
Rate
致，第三者
2015 · Drama/TV Drama
Taiwan
Sometimes best friends like all the same things. But what happens when one of those things is the same man? Xong Jia An (Amber An) and Luo Shao Qing (Aggie Hsieh) are best friends in college. They both are in love with Yan Hao (Melvin Sia), but Shao Qing learns that Jia An has been saying from childhood that she plans to marry Yan Hao. However, Yan Hao develops feelings for Shao Qing and may have chosen her over Jia An. But his life is suddenly thrust in a different direction when his father is shot to death over money issues, leaving Yan Hao to pay off his father’s debt while also trying to establish his own company. Jia An stays by his side during this trying time, so Shao Qing feels she needs to be out of the picture. Ten years later, Yan Hao and Jia An are married and meet up with Shao Qing again at a school reunion. When Yan Hao sees Shao Qing again, he realizes that he is with the wrong woman. Can he make things right after 10 years or will the cruel hands of fate get in the way again?