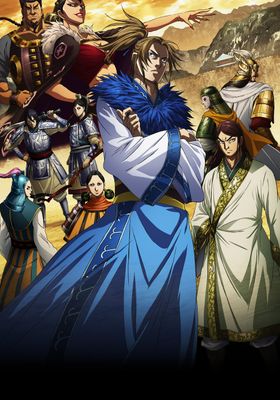 2020 ・ Animation
Rate
キングダム
2020 · Animation
Japan
In the Warring States Period of ancient China (475-221 BCE), Shin and Hyou are war-orphans in the kingdom of Qin. They dream of one day proving themselves on the battlefield. One day, however, Hyou is taken to the palace by a minister. Winding up on the losing side of a power-struggle, Hyou manages to return to the village, barely alive. Shin then meets a boy who closely resembles Hyou, Ei Sei. For now he is the king of Qin; later he will become the emperor Shi Huangdi.