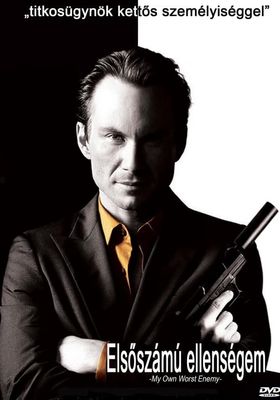 My Own Worst Enemy

2008 ・ NBC ・ Action/TV Drama
Rate
My Own Worst Enemy
2008 · NBC · Action/TV Drama
USA
My Own Worst Enemy is an American television drama that aired on NBC in 2008. It premiered on October 13 and ended on December 15 after 9 episodes. The series was produced by Universal Media Studios. Jason Smilovic was the executive producer; David Semel was the director and executive producer. The final episode ended with a cliff-hanger, and the major plot lines ended without resolution. The series followed the life of American secret agent Edward Albright and his cover, Henry Spivey, who had no knowledge of his double life. Albright, played by Christian Slater, was implanted with a chip allowing his handlers to physically switch Albright's personality to that of his cover. However, in the pilot episode, there was a malfunction which caused Albright's personalities to switch at random, revealing his secret life to his alias. Henry was then thrown into the highly dangerous life of Edward, with no real way for the two to communicate except through short cell phone video messages.