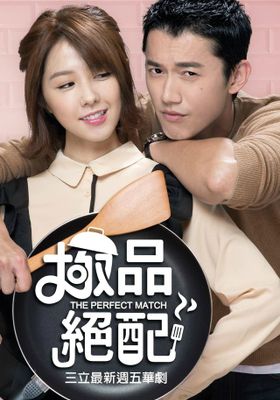 2017 ・ SET ・ Romance/TV Drama
Rate
極品絕配
2017 · SET · Romance/TV Drama
Taiwan
What do netizens know? Ting En (Chris Wu) is a celebrated chef whose fine-dining restaurant is a destination for food lovers from all over the world. When Ting En stumbles upon comments on the Internet from people who can’t afford to eat at his high-priced restaurant, they blow his mind. Netizens claim that the culinary creations made by Fen Qing (Ivy Shao) at the night market are just as satisfying as Ting En’s Michelin-worthy food. Determined to debunk such preposterous claims, Ting En goes to the night market to find Fen Qing and show her what true culinary talent really is. Whose cuisine will reign supreme? “The Perfect Match” is a 2017 Taiwanese drama series.