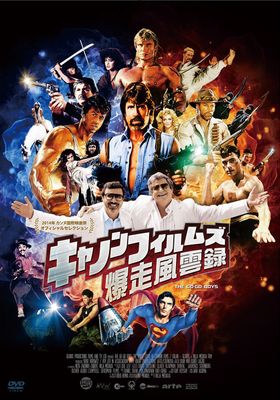 The Go-Go Boys: The Inside Story of Cannon Films

2014 ・ Documentary ・ Israel
Average ★2.1 (15)
Rate
The Go-Go Boys: The Inside Story of Cannon Films
2014 · Israel · Documentary
1h 29m
The Go-Go Boys tells the inside story of two Israeli-born cousins, the late Menahem Golan and Yoram Globus, who in pursuit of the “American dream” turned the Hollywood establishment upside down. Together they produced more than 300 films and founded the most powerful independent film company in the world, Cannon Films, which was responsible for Israeli and mainstream, Hollywood-blockbuster, action/exploitation hits during the duo’s 1980s hey day, starring the likes of Chuck Norris, Jean-Claude Van Damme and Charles Bronson. Up close and personal, and with the complete cooperation of the film’s subjects, the film examines the complex relationship between two contradictory personalities, whose combined force fueled their successes and eventual split. A film about filmmaking and two dogged, exceptional characters with modest origins taking on the big boys.