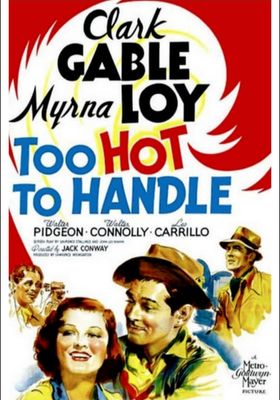 Too Hot to Handle

1938 ・ Comedy/Drama ・ USA
Rate
Too Hot to Handle
1938 · USA · Comedy
1h 47m
Chris Hunter is a sly newsreel reporter. While in Shanghai doing reports on the Chinese-Japanese war, he meets pilot Alma Harding. At first she doesn't trust him, but by a trick he manages to get her hired as his assistant. During an adventurous expedition through the jungles of South America he manages to change her view of him.