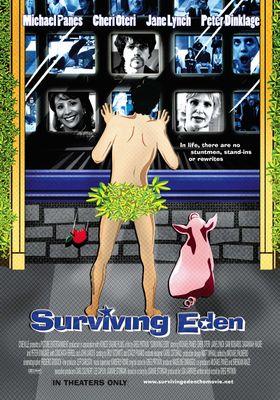 2004 ・ USA
Average ★1.2 (3)
Rate
Surviving Eden
2004 · USA
G
In the tradition of "Waiting for Guffman" and "Take the Money and Run," a documentary film crew captures the pitfalls and pratfalls of reality show winner Dennis Flotchky. One million dollars richer and 150 pounds thinner but none the wiser, Dennis quickly and hilariously falls prey to the machinations of the Hollywood celebrity maker and the vultures and hangers-on the accompany it.