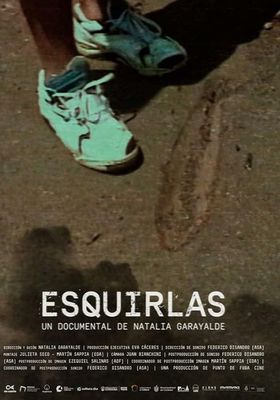 2020 ・ Documentary ・ Argentina
Average ★3.7 (99)
Rate
Esquirlas
2020 · Argentina · Documentary
1h 10m
On 3 November 1995, the Rio Tercero Military Factory exploded in Cordoba, prompting thousands of projectiles to fire and spread in the surrounding villages, in a tragedy that would leave seven dead and hundreds injured and affected. At the time, Natalia Garayalde was a twelve-year-old girl who lived with her family near the place, and he was still playing filming with the video camera her father had bought, when she recorded the immediate moments of the burst, while her family escaped the explosions, as well as the daily activities of the village in the days and weeks that follow. Twenty-five years later, that material captured from a girl's candid and surprised gaze it becomes a thoughtful and painful testimony about the family, the destruction of a city, the traces of horror, the sinister truth about the case.