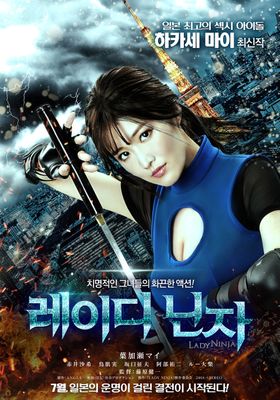 2018 ・ Action/Adventure ・ Japan
Average ★2.1 (237)
Rate
LADY NINJA 青い影
2018 · Japan · Action
1h 16m
In the near future, the economy has collapsed and the country has turned into a ghetto. A secret agency, Gokuraku, has been created by the government. Secret agents Aya and Chinatsu's mission is to fight against one of the largest international companies, Kuroda Group. Secret agents are called 'Lady Ninja', and they use a traditional Japanese umbrella-like tool called 'sangoku' to defeat evil.