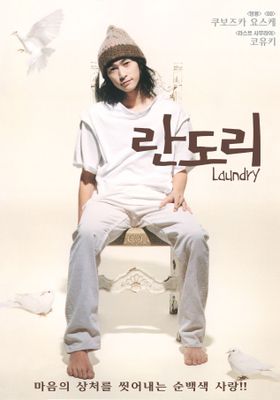 2001 ・ Drama ・ Japan
Average ★3.3 (4k)
Rate
Laundry
2001 · Japan · Drama
2h 5m
A young man named Teru, mentally altered by a childhood injury, runs a laundry and falls for Mizue, a lonely young woman who suffers from kleptomania. One day Mizue left one of her dresses behind in the machine that was stained with blood from her failed suicide attempt. Teru decides to find Mizue in order to return the dress, after having tried to desperately to wash off the blood stain. Soon thereafter Teru's grandmother dies, and her creditors repossess the home in which Teru was living in. The young couple turn to Sally for help. Sally is a caring man who trains pigeons for a living. Then one day, Sally leaves everything he owns to Teru and Mizue. They start a new life. Teru proposes to Mizue, but she refuses him. The more she is assured of Teru's pure heart, the more she feels she doesn't deserve it. Full of inner turmoil, Mizue begins shoplifting again.