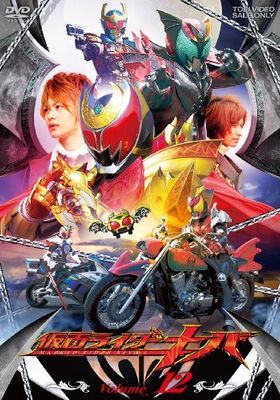 2008 ・ TV Asahi ・ Fantasy/Action/TV Drama
Average ★3.1 (182)
Rate
仮面ライダーキバ
2008 · TV Asahi · Fantasy/Action/TV Drama
Japan
Twenty-two years after the disappearance of his father, Wataru Kurenai lives in an infamous "haunted house" where he is destined as Kamen Rider Kiva to fight life-draining monsters called Fangires, the very race his father fought years ago before his disappearance. Wataru must also deal with Kamen Rider Ixa who is part of an organization seeking to destroy the Fangire menace, as well as the Fangires' own Rider, Kamen Rider Saga. The story is split between the actions of Wataru in the present (2008-09) and his father Otoya in the past (1986-87), slowly revealing the link between the Fangire Race and Kiva.